I just can’t help it – but I’m watching old episodes of How to be a Property Developer on Living TV. How sad is that?

This UK based program follows 2 teams of budding property dealers who get given a rather lovely £300k to get started and have one year to make as much profit as they can out of doing up and reselling property. All under the watchful Gary McCausland – who has been doing this for years and runs his own successful property empire.

While one of the teams (The women) are doing really well, and have so far made over £60k profit, and churn out one good deal after another – it is just sheer agony to watch the blokes lose money on deal after deal.

I have made my family promise to shoot me if I start behaving in such a tosser-ish way as these two. I’m all for investing in property – I have three already and plan on buying many more, but for crying out loud – there is a hell of a lot of work to do. These guys seem to think it’s all about saying you want to make money and that’s it. And while I am the first to admit that I think one of the joys of the property business is sitting around drinking vast amounts of coffee – I also understand that this does not let you off the hours upon hours of trawling websites, dealing with agents, viewing anything from sheds to palaces, and getting to grips with making offers. And maybe getting your hands dirty with some hard labour now and then. One of the guys seems to stop at the coffee bit! The other one seems to dream a lot and talk about how it’s all a matter of getting this bit or that bit right – he just doesn’t seem to do much of it.

Something that does annoy me with the program, is that although the presenter does swoop in to offer his opinion – he doesn’t seem to be actually mentoring the teams, rather just telling them what they should do once they have bought the place. With the girls that works out OK, as they tend to do their homework before they buy. The guys team however just keep buying lemons, and they need to be taught how to spot one! What is worse –is that when the presenter does tell them what they should do with the property they just bought – the blokes completely ignore him, and the girls tend to at least listen and do as he suggests most of the time.

I’m pretty sure either of the two property mentors I have had, Trev and Steve, would have taken me aside and told me to stop being such a plonker before I actually paid money over for a property that was no good. (Steve has a more colourful turn of phrase – but gets the message across!). I thought it was especially important to get help from a mentor as I was a migrant and I needed help to really understand how the property market works over here. It is very different from the UK way of doing things, and when you are buying to invest rather than buying a house to live in it is even more vitally important to understand exactly what you will be dealing with. While there is certainly money to be made in property – if nothing else the guys team show that it is all to easy to lose a lot of money if you don’t understand what you are doing.

I dread to think what kind of mess we would be in if we had tried to go it alone and buy investment properties. As it is, one of ours isn’t doing too well, though the other two turned out to be really good buys. I read today on Property Talk that everyone buys a lemon from time to time, so it’s nice to know I got mine out the way early. Funnily enough, while there are people out there who will abuse the position of being a mentor, and persuade investors to art with cash for any deal, both Trev and Steve have actually advised me against buying many properties because they either knew something I didn’t, or just through sheer experience could tell me what was a bum deal. I actually listen when they tell me this!

Hopefully it won’t be too long before I can buy my next Investment Property.

Related Topics:property investing basics
Up Next

Tax isn’t fair – deal with it

Give Your Home a Hug this Valentine’s Day

Auckland is New Zealand’s economic hub and with our economy set to continue to grow over the next couple of years demand for housing in Auckland will remain high. Property values in New Zealand have increased by more than 25 percent in 3 years and NZHerald also reports Auckland’s the median house has risen by 46.5% however there are investors buying Auckland residential property for less than market value. Auckland is New Zealand’s economic hub and with our economy set to continue to grow over the next couple of years demand for housing in Auckland will remain high.

Property values in New Zealand have increased by more than 25 percent in 3 years and NZHerald also reports Auckland’s the median house has risen by 46.5% however there are investors buying Auckland residential property for less than market value.

For some investors in the Auckland property market the highly profitable property deals are apparently still out there.  PropertyTutors mentoring clients have continued to buy residential property below market value in 2015.  This month alone Lauren a new investor under the guidance of mentor Sean Wood bought two properties in 24 hours for less than the market price who would have thought it possible?

Also with demand for property at an all time high, investors like James and Elliot are managing to sell their properties whilst they’re still renovating them.  This lowers the investor’s costs as there are no property marketing or listing fees.

Head of Trade Me Property Nigel Jeffries says the latest Property Price Index showed that while the average asking price in Auckland has risen by 20 per cent in the last year, small houses (1-2 bedrooms) had increased 24 per cent and apartments were up a “staggering” 49 per cent in a year.
Trade Me Sales Price Index

As long as our economy continues to grow, demand for Auckland housing in all its forms will be strong.

Baby boomers particularly those currently living in Auckland may be setting their sights on Nelson and who would blame them. Nelson offers the perfect lifestyle with a mediterranean climate, idyllic nature walks, sandy beaches, culinary delights and of course it’s one the cultural arts capitals of New Zealand too.

Baby boomers particularly those currently living in Auckland may be setting their sights on Nelson and who would blame them.  Nelson offers the perfect lifestyle with a mediterranean climate, idyllic nature walks, sandy beaches, culinary delights and of course it’s one the cultural arts capitals of New Zealand too.

The house and land packages in Nelson are really too good to be true.  Imagine selling your property in Auckland, capitalising on the high property values, and securing a better lifestyle in a brand new home (mortgage free) in one of the safest and friendliest places in the world!  This was once a move only the wealthy could afford.  Now it’s a reality for so many Aucklanders thanks to the buoyant property market.

Nelson is out of the spotlight and flying under the radar right now, but it may not last for much longer.  The property market is on the move in this region with Trade Me Sales Price Index reporting property values up by over six percent during the last property sales season.

Aucklanders in their middle to late years of life will be questioning their current position.  They will want to time their move so they can cash in their property equity to create a better lifestyle somewhere else; probably in New Zealand’s answer to the Med – Nelson!

What can go possibly go wrong renting out your home for short term stays via a very reputable and popular online travel website? For most homeowners it all works out really well. However for this young Canadian couple it went horribly wrong. 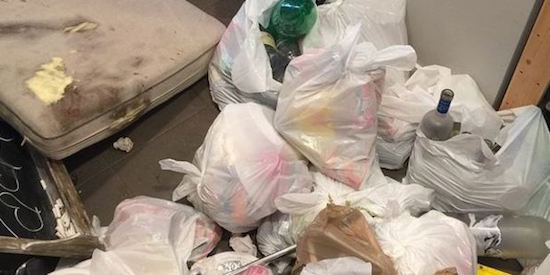 What can go possibly go wrong renting out your home for short term stays via a very reputable and popular online travel website? For most homeowners it all works out really well. However for this young Canadian couple it went horribly wrong.

On NZHerald it was reported the young Canadian couple found out just how bad things can get when they rented out their home for a weekend. While the $875 rent was really attractive and it’s the reason so many other homeowners use the travel website Airbnb to rent out their properties on short stays, for this couple it was too good to be true.

An early txt message from a neighbour on Monday morning suggested not all was well at their home. Their weekend renters had well and truly trashed their home and caused $80,482 worth of damage to the property. Could this have been avoided? Well not entirely but like a goods trading site e.g. TradeMe where sellers and buyers build up a reputation for their trading activities the same applies on sites like Airbnb. Therefore as a renter or landlord you can review the feedback on the interested parties and make your selection based on it. It is unclear whether the Canadian couple took this action.

‘Caveat Emptor’ (buyer beware) is the lesson here – always do your due diligence on anyone interested in renting your property.