Two areas we are talking about here, Affordability and Banks easing up at high LVR’s. Specifically 90% advances much easier so maybe…. With Mortgages more affordable and 90% advances becoming easier, now is a great time to buy…

This is my take on a couple of recent articles, however what most ‘pundits’ seem to miss is that property should always be a long term investment and everyone actually does need somewhere to live!

Mortgage affordability is set to improve through July/August as average two year mortgage rates have dropped slightly so house prices are expected to remain stable.

Affordability improved significantly in Auckland, Northland and Queenstown as house prices dropped, but worsened in Christchurch where prices rose.

Southland, Otago and Manawatu/Wanganui were in the best position whilst the Central Otago Lakes region continues to be the least affordable.

Levels of affordability hit in early 2007, near the peak of the housing boom, were at their worst as interest rates were a lot higher too. People still bought and sold property!

In other words now is a pretty good time to buy.

Nationally affordability has eased with a mixture of July fixed mortgage rates having dropped and house prices being subdued. These falls in rates are not a result of global price cutting, more local Banks cutting margins.

The Reserve Bank lifted the Official Cash Rate to 2.75 per cent from 2.5 per cent on June 10 and economists expect it to increase it again to 3 per cent on July 29.

The average 2 year fixed mortgage rate, which has been among the most popular with borrowers in recent years, was flat at 7.19% in June. Since the end of June the average two year fixed rate has dropped to 6.98%, this reduces the monthly cost but not by much.

House sales volumes flattened off in the last three months of 2009 and early 2010 as first home buyers and rental investors stayed away. The OCR hike in June and the May 20th budget moves to remove depreciation as a taxable expense for property investors has seen house sales drop a further 20 per cent during May and June. The reality of the Budget is that 90% of Investors will pay less than $40 a week more in tax and most of this will be passed on in rent hikes. The number of sales is expected to remain flat until Spring so Buyers actively looking can expect to do a ‘deal’. I always advise getting a pre-approval first, this adds to the bargaining power later on.

Affordability is hardest in Auckland, Wellington, Christchurch, Hamilton and Tauranga for those on a single income, but homebuyers in smaller provincial cities will find home ownership much more affordable.

On a positive note I’ve noticed the Banks are easing criteria, particularly in high 80% plus loans, its all depends on track record and servicing. In the last month or so nearly a third of my business has come from the UK or Australia, so maybe they know something……….

Finally regulation was proposed for the Mortgage and Insurance industry, that has now changed (it will NOT be regulated!) but I will be sitting my exams soon to add to those gained in Europe, I still feel its good knowing you are working with a qualified Professional!

A Guide to UK Pension Transfers

Use Market Volatility to Make Money Lower mortgage interest rates is a big deal for most homeowners and buyers.

Existing homeowners can hunt around for a better deal with the same or another lender and in the process save hundreds, if not thousands of dollars on interest payments. Even if a borrower is locked into a fixed rate deal on a fixed term, it often pays to break it and reap the rewards of paying a lot less interest.

Lower interest rates sends a signal to vendors with homes to sell, that there are more buyers in the market. This can get unsold properties sold which is a win win for vendor and buyer.

More buyers in the market, however can also push the sales price up, as vendors aim to get the best price and there can be only one buyer, the one who is willing and able to pay the most.

In this situation it’s more of a win for the vendor. The eventual purchaser is likely to have paid more than they were comfortable with and thus borrowed more to get the property. Plus there were many buyers locked out by the higher price.

The tip for first home buyers is to always be ready to take action as soon as the timing is right.

For first home buyers, it’s always a good time keep a financial advisor or broker up to speed on your personal financial position. This way when the timing is right, like a downward move in interest rates, you can just ask the question:

“What can I afford to borrow, now the interest rates are lower?”

There is no such thing as one size fits all when it comes to borrowing money. Your position will determine how high risk you are to a lender.

A trusted advisor in the know, can act fast on your behalf when lending conditions favour you. Lenders who see you a good ‘investment’ will be keen to move quickly too, to secure your business and thus beat their competition, i.e. other lenders.

Recent news of an OCR rate drop by the RBNZ, spread like wildfire around the country and the early worm is sure to get the best deals.

Homeowners with advisors already up to speed on their current position, will be busy acting on their behalf, to find the best deal saving their clients hundreds if not thousands in interest repayments over the term of their loan.

Property price increases have cooled in Auckland, increasing by just 1.7 percent compared to the previous year. Listings too have been lower, however that’s all about to change. More buyers, trigger more listings and with more buying power, higher property prices.

Timing is everything, so whatever your circumstance, talk to your mortgage advisor and act on the deal that’s right for you.

A property listings drought is adding further fuel to our over-heated property market. Property prices are increasing everywhere except Taranaki according to Trade Me Sales Price Index and that’s got the RBNZ considering further action to curb demand. 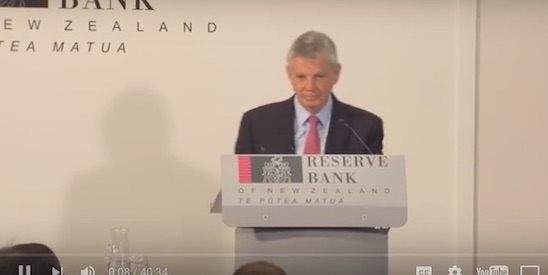 A property listings drought is adding further fuel to our over-heated property market.  Property prices are increasing everywhere except Taranaki according to Trade Me Sales Price Index and that’s got the RBNZ considering further action to curb demand.

The RBNZ’s LVR restriction on Auckland property investors has done little to dampen their appetite and many have also moved their focus to other areas where property prices have been on the increase since October 2015.

The listings drought suggests most home owners are electing to improve their properties using the equity in their homes over moving house.  Some Aucklanders have chosen to leave the city for change of lifestyle and Tauranga has been one of the main benefactors as well as the region of Hawkes Bay.

Curbing demand is how the RBNZ want to deal with the property market and they’re considering a variety of measures.  Bernard Hickey in a news item on NZHerald believes we’ll know more on the RBNZ’s next move  in the second half of 2016.  Bernard mentions two dates in particular: 19 August is the deadline for Auckland  Council to accept all or some or reject all the Unitary Plan.  The Government is hinting at wading in if the Unitary Plan does not meet their goals of an Auckland growing up and out to meet new housing supply targets.

The other date to watch out for is 30 November.  On this day the RBNZ presents it’s Financial Stability Report.  One of the measures under consideration by the RBNZ is the fixing of the income to loan ratio.

From the news item on NZHerald

“The Reserve Bank helpfully included a chart in this week’s report that showed around 35 per cent of owner-occupiers and 60 per cent of investors had borrowed more than 5 times their income.”

New rules are coming and if what’s happened to date is anything to go by the RBNZ is not shy at taking action so keep these dates in your diary.  No doubt investors are now very aware of their income to lending ratio and will be taken the necessary steps to survive the next round of RBNZ restrictions.

How Low Can Mortgage Rates Go?

News of lower wholesale interest rates suggests we may be in for another round of super low home loan interest rates as early as next week. A news item on interest.co.nz provides examples of the correlation between swap rates and the mortgage rates with one example being SBS Bank’s one year rate as it was back in November 2015.

News of lower wholesale interest rates suggests we may be in for another round of super low home loan interest rates as early as next week.   A news item on interest.co.nz provides examples of the correlation between swap rates and the mortgage rates with one example being SBS Bank’s one year rate as it was back in November 2015.  At the time their rate was big news as it was the lowest at 3.99% while the one year swap rate was at 2.72%.

Fast forward to February 2016 and SBS Bank’s one year rate is at 4.35% while the one year swap rate is currently lower than it was back in November, its currently 2.58%.  A downwards move is predicted and SBS Bank could move back to where it was in November 2015 at 3.99% or go even lower.

It really just takes one lender to make a move and the other lenders are sure to follow.  Borrowers in the know are regularly speaking to their mortgage broker to keep up to speed on the best deals and terms on offer.

So how low can mortgage rates go?  Possibly lower than they were in 2015.