Limitation periods are relevant to all sorts of issues you come across each day:

• Is your builder responsible if you discover defects after they finish?

• You are negotiating a new supply contract for your business and considering a request for a 1 year limitation period?

• How long do you keep business records for in case of claims?

For acts or omissions that occurred prior to 31 December 2010 the Limitation Act 1950 still applies. For claims in tort or contract the limitation period is 6 years. That 6 years usually starts from different dates – in the case of contract claims from the date of the breach of the contract and for claims in tort, from when the claim is reasonably discoverable. Claims under deeds must be brought within 12 years of the date of that deed.

There are also specific limitations periods that arise. For example claims under the Fair Trading Act need to be brought within 3 years of the date the loss or damage was, or should have been discovered. Where building work is concerned, the Building Act 2004 imposes a 10 year longstop on claims for defective building work. That 10 year time period is measured from the date of the act or omission giving rise to the claim, which might be the issue of the code compliance certificate or some earlier date like practical completion.

It is also possible to agree in a contract that a shorter limitation period applies. How long that is would be a matter of negotiation. The trick will be to decide if that applies to all claims, whether those that arise under the contract or otherwise at law. Warranties and guarantees might include specific limitation periods separate to those in the main contracts too.

What limitation period applies is fact specific. Where legal claims are being made, the specifics of the claim and what the relevant contracts provide need to be assessed to establish whether you are outside the limitation periods. So the builder in the first example might not be responsible if 10 years had already passed from completion of the work.

If you are in business you should know the general rules that apply and should have a view as to what is appropriate in contracts you are negotiating. Given the above framework one might want to shorten the 15 year longstop liability period.

You should probably be currently keeping new records for at least 15 years, given that is the longstop limitation period for most business types.

You have been out to buy your first home. Yesterday, you fell in love with this seemingly fantastic house with an amazing view.

After hearing that it is likely to be snatched up any time soon, you hurriedly signed an agreement to buy it WITHOUT any conditions attached. You have been out to buy your first home.
Yesterday, you fell in love with this seemingly fantastic house with an amazing view.
After hearing that it is likely to be snatched up any time soon, you hurriedly signed an agreement to buy it WITHOUT any conditions attached.
Later, you realised that there are other aspects that are undesirable for you and you wish to pull out.. Can you do this?

In particular, the successful bidder of an auction will be signing an unconditional agreement so it is crucial that the necessary homework is done before making any serious bid at an auction. Visit the house and have a thorough look at the LIM report, the builder’s report and the certificate of the title for the house. We strongly recommend you to seek legal advice as early as possible. Many law firms including us do not charge any extra fee for conveyancing clients who engage the service early on.

Despite the fact that you are bound by the terms of an unconditional agreement, there may be a way out depending on the circumstances.

Was there any reason which makes you think that you were induced into signing the contract by any misrepresentation from the vendor or the agent? If the vendor intentionally lied or unintentionally distorted a crucial fact about the house, such as the absence of any leaky issues, you may be able to argue that the agreement is invalid (section 7, Contractual Remedies Act 1979). Think about whether there was any such misrepresentation. Have a look at the marketing brochure or any emails from the vendor or the agent. Since written communications can be useful evidence of a relevant statement, any questions you ask the vendor or agent better be put in writing such as in emails or txts.

You may also be able to talk your way out of the mess by having an honest discussion with the vendor since unconditional agreements can be terminated without legal consequences if both parties agree. The real estate agent may assist in the process. If this is agreed to, instruct your lawyer to obtain a written confirmation from the other side to prevent any future disputes.

The above potential solutions may not be available in many situations so please take a special care before committing to a purchase of a house which is one of the biggest investments for most people.

Disclaimer:
No information on this article shall be construed as legal advice and information is offered for information purposes only. You should always seek advice from an appropriately qualified solicitor on any specific legal enquiry. 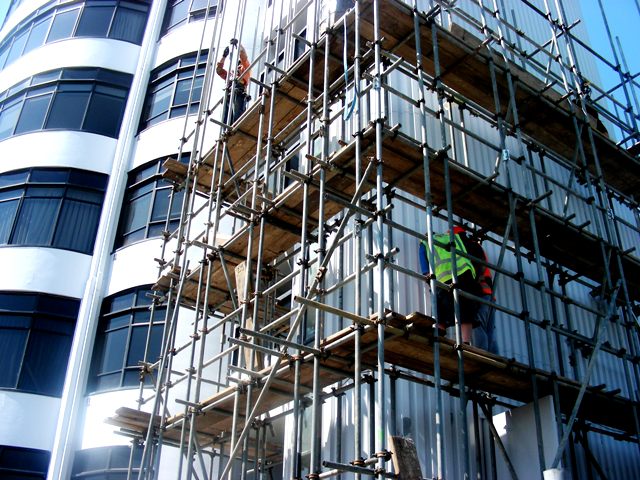 The Court of Appeal looks at how costs for remedial works should be shared at Auckland’s Shangri-La apartments.

Wikipedia notes Shangri-La is meant to be a “permanently happy land”, not so Auckland’s Shangri-La. The Court of Appeal was asked by the body corporate (i.e the owners) to look at:

The High Court had approved a scheme under the Unit Titles Act 2010 that allocated costs for the installation of the new curtain wall at Shangri-La 50% equally between the each of the 15 units and 50% based on utility interest. This meant the penthouse owner, relatively speaking, paid a smaller share than the other owners. The new glass curtain wall did not have to extend to level 16. It finished at the lower level of the penthouse on level 15.

All owners were denied use of their units for 6 weeks, but the penthouse owner was out of their unit for 18 months. The curtain wall and support beam were installed on level 15 and other works needed to be done from the penthouse unit. The Court of Appeal agreed compensation was appropriate and should be calculatedbased on the lost market rent. The use of the penthouse during the 18 month period was for the common benefit of all unit owners. However “there will need to be a significant loss for a particular unit owner before a claim for compensation should be contemplated”. Remember also that this compensation payment was being ordered as part of the scheme, which can only be ordered by the Court following destruction or damage so this does not necessarily open the floodgates for compensation claims by unit owners.

This decision does not change how costs are allocated day to day by bodies corporate. The body corporate does not have the same flexibility as the Court in this respect. We believe bodies corporate should have more flexibility to determine different utility interests for different budget items. Others are lobbying for this too as part of the review of the Unit Titles Act 2010. For the moment, the body corporate must use the tools it has:

Enforceability of non-competes or restraint of trade covenants

Recently a US client asked me whether New Zealand Courts enforce non-compete/restraint of trade covenants (Non-Competes) against the sellers of New Zealand businesses. If New Zealand law governs the agreement, the short answer is: yes, to the extent the Non-Compete is “reasonable”. 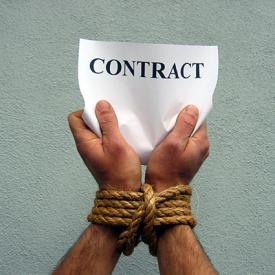 Recently a US client asked me whether New Zealand Courts enforce non-compete/restraint of trade covenants (Non-Competes) against the sellers of New Zealand businesses. If New Zealand law governs the agreement, the short answer is: yes, to the extent the Non-Compete is “reasonable”. However, even where a Court finds a Non-Compete to be unreasonable, it can modify the offending provision so that it becomes reasonable.

Which Non-Competes will be seen as “reasonable” on the sale of a business?

A full discussion on this topic is a cure for insomnia! However, in brief, an enforceable Non-Compete is one that is reasonably necessary to protect the buyer’s legitimate proprietary interest.

To expand slightly: a buyer must establish the following to successfully enforce a Non-Compete:

Which market sector, geographical area and/or time period will be reasonable/right/not too restrictive will depend on all the circumstances surrounding the business being sold and the nature of the overall deal agreed.

When will a Court modify an unreasonable Non-Compete?

If a Court finds that a Non-Compete is too wide/an unreasonable restraint of trade, then it must either:

Please get in touch if you are a buyer or a seller and you’d like some assistance with drafting an appropriate Non-Compete or assessing the enforceability of an existing one.