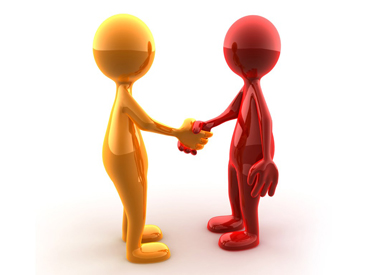 Offering incentives in order to retain a good tenant is simply smart business — it’s significantly cheaper to maintain a current customer by giving them a small gift than it is to market and find a new tenant. But how exactly to retain tenants (or, more accurately since we’re clearly talking about incentives here, what comprises an ‘effective’ incentive) is a question with a lot of potential answers.

Fortunately, Software Advice, an online review site for property management software, performed a poll of 500 tenants back in January, and the results are worth reporting.

Unsurprisingly, Money Is What People Want

Just over half of the respondents, when asked what kind of incentive was the most likely to make them change their mind about moving away, gave the least surprising answer: give them money. When asked to choose between types of monetary incentive, again, just over half said they’d prefer a discount on rent.

So somewhere just over 25% of all respondents — by far the largest single group — said that the benefit they would most respond to is a drop in rent. (The second largest group said they’d respond better to cash, and notably, they were older than the drop-in-rent group, so if you have older tenants, cash may be more successful.) Less desirable: a return on their security deposit, and a gift card.

The next most popular response to the incentive question: an upgrade to the home or apartment, with just over a quarter of all respondents claiming they could go for some sort of improvement to their abode. The split here was very close, with just under a third of all respondents choosing evenly between ‘upgraded kitchen appliance,’ ‘new carpeting,’ and ‘washer/dryer.’ Less desirable than the three-way tie: new paint.

There was a two-way tie for least desirable of the four offered incentives — one was the ‘free stuff for your home’ option, with just 1 in 9 people choosing it over the other three. That said, these folks had their priorities pretty clear — of the ‘free stuff’ crowd, more than a third suggest an upgraded kitchen (either a new appliance or a replacement of an older existing appliance.) Just over a quarter named the TV as the item most in need of an upgrade. Less desirable: a free tablet computer (though women, as a whole, would rather have a tablet than a new TV), and major furniture (i.e. dining room set, couch, etc.)

The same amount of people chose the ‘free stuff outside your home’ option, which was the other tied-for-loser. Among the options, the ‘free membership to local gym’ option was the most preferred, with almost half the respondents choosing it. Just over quarter chose ‘free grocery delivery’, and 11% chose ‘free rideshare service’. Surprisingly, 13% chose a one-time prize rather than an ongoing service: ‘free tickets to local event.’

Of course, there are a lot of other elements that go into deciding what incentives you can afford to offer — but simply knowing that rent drops and cash in hand are by far the two most popular incentives might get you to reconsider your offer of a new couch. If you can save money and improve retention in one fell swoop — well, we certainly consider that a win.

This article has been contributed by RoyalRoseProperties – and found in a discussion on PropertyTalk.com.

How To Avoid Tenants Doing Runners

Coworking Countdown – 4 Things to Prepare Before You Move In 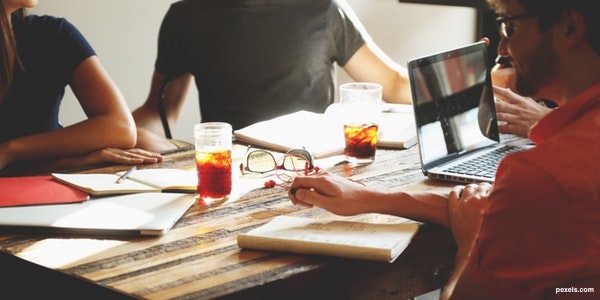 The coworking scene has done anything but slowed down. Coworking spaces in Auckland alone vary between your upmarket, corporate office to the trendier, chic ones. Certainly, investing in this type of commercial real estate has never been more attractive.  There is a space for everyone in this landscape and for businesses looking for new workspaces there’s not only variety available, there’s options at an affordable price.

When a business has finally found an office, in one of these buildings they have not only found a workspace, they’ve also found community as well. One coworking space – Servcorp – is a good example of the way work and networking have intersected to provide business with the chance to grow. This new way of leasing premises is highly attractive to the leasee and the property owner.  Here are some tips for moving into a new coworking space, so the business can prepare to maximise their working experience.

Continue reading to learn what you can do to prepare for your move to your new coworking space to ensure the move is as seamless as possible.

Coworking presents professionals with the chance to use the space to just work or to build on their professional network. Before getting comfortable in your new office, sit down and take inventory of the tasks beyond work that you would like to accomplish. When writing down your goals and objectives, keep in mind the types of activities that you would like to engage in the space.

Of the many activities, formal networking events and community social events are the types you want to pay attention to if you plan to use the space to build a social network. Not that you have to be out and about every night, but scheduling time to promote your business is one way to maximise the coworking space. Ultimately, if the purpose of coworking is to build a networking platform or to grow your business, find ways to incorporate the more social aspect of the space.

Tool Of The Trade

Another thing that professionals moving into a coworking space should prepare for is knowing what amenities the space provides. Standard spaces fit out the office with exceptional IT services and office equipment, but other amenities include programs and conferences that help teach entrepreneurs how to build their businesses. Before moving into your space, consider checking out all the perks of working in your coworking space.

Moreover, make sure you know what is available for use in the office, so as to bring supplies if necessary. While staplers and other office products come standard in a conventional office, some spaces might not make this available to employees. On a larger scale, make sure there is a receptionist available, and if not, know exactly how to retrieve any messages.

Before leaving your conventional or home office, make sure that clients and other important people know your new location and phone number. One simple way to do this is to email clients of your relocation as to avoid any mix-ups. Furthermore, make sure to forward any business mail to your new location, as to avoid missing important parcels. Finally, make sure you know the building’s office hours for scheduling appointments.

Check out the coworking space’s event calendar. In addition to the numerous networking opportunities in the day, many coworking communities hold events to get the professionals to engage with each other. Make an exerted effort to attend at least a few of the events every week to raise your business’s profile. You never know what opportunity awaits when engaging people from your profession and others.

Preparing And Putting Coworking To Work

Coworking makes moving effortless simply by alleviating much of the work associated with relocating. You can, however, maximise your move by putting together an agenda of how you plan to use the work to benefit your business. Your plan will help you use your space more effectively for building a platform for business success.

New Zealand will soon see the rise of a new auction site for renters. Just in on stuff.co.nz Rentberry has confirmed they will be launching here and in Australia. The online service offers renters the opportunity to bid for rental properties. Landlords set the ‘reserve’ or rent level they hope will generate lots of prospective tenants interest and then the bidding war takes off. New Zealand  will soon see the rise of a new auction site for renters.  Just in on stuff.co.nz Rentberry has confirmed they will be launching here and in Australia.  The online service offers renters the opportunity to bid for rental properties.   Landlords set the ‘reserve’ or rent level they hope will generate lots of prospective tenants interest and then the bidding war takes off.   Landlords get the final say on whom is the successful applicant and while they may review the highest bids first, they won’t be choosing the tenant just based on what they’re prepared to pay.

An Auckland property management company spokesperson said common-sense will prevail among Landlords.  Securing long term tenancies with tenants that have good credit histories and references will remain the top priority.  Prospective tenants information is available to the Landlord in the service so they can select the tenant without delay.

Rentberry will provide more transparency of the selection process with prospective tenants and Landlords learning what the true market value is for their property.  This is a positive move for investors especially those who are new to the rental market and Landlords whom self manage their rental properties and may currently be charging more or less rent.

There has been some healthy criticism of the service even in it’s infancy.  In America affordable housing advocates are angered by the service and tenant groups in Australia are wary that the service will push up prices.

Rentberry has been operating in the USA since 2016 and is currently expanding into 1000 cities there. It’s focus is on renting Apartments and this is where we see the service take off in our neck of the woods in our main centres in New Zealand.

Tenants Let Off With 4.8% Increase

Weekly rents rose just 4.8 percent in the twelve months to July 2016 according to Trade Me Rent Price Index. Tenants will be relieved Landlords are being realistic and not keen on hiking rents arbitrarily. Property sales have slowed and the average asking price has dropped significantly up ten percent since July 2015.

Weekly rents rose just 4.8 percent in the twelve months to July 2016 according to Trade Me Rent Price Index.  Tenants will be relieved Landlords are being realistic and not keen on hiking rents arbitrarily

Property sales have slowed and the average asking price has dropped significantly up ten percent since July 2015.   Of particular interest is the slow down in property asking prices in Auckland where a typical property listed in June was just $3,750 less than the asking price in July.   According to this article Investors are buying most of the houses.

While there’s the odd sensational article on ‘greedy landlords’ hiking rents to unprecedented levels evidence proves otherwise and tenants are the winners.

In the regions there has been some catch up with rents rising by double digit percentages in Northland, Manawatu, and Marlborough.  However urban average rents have remained stagnant.